Specialist Contractor, Keller Geotechnics SA, recently called on its experience to prevail over an array of challenges to deliver a three-level basement with a depth of up to 10 m at the Victoria & Alfred Waterfront Parcel M site in Cape Town.

The site is located in a prime location within the Cape Town Waterfront,  off Dock Road, where Keller has completed a number of successful and challenging  projects. 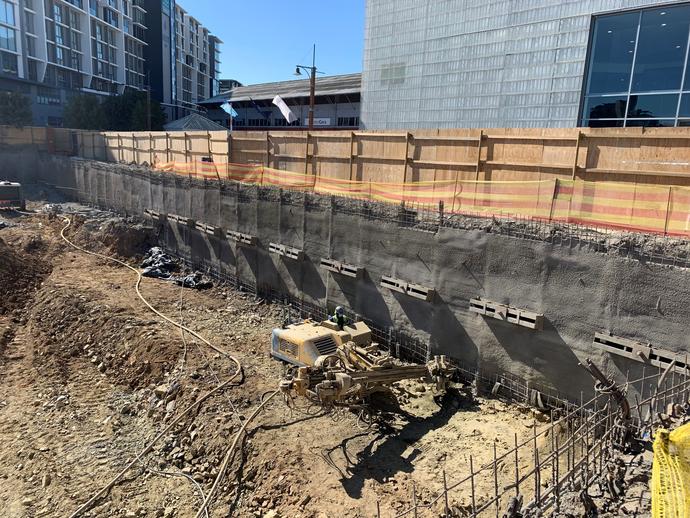 Keller Geotechnics SA’s project scope entailed the construction of a three-level basement with a depth up to 10m, explains Contracts Manager Daryn Cloete.
The client and developer, V & A Waterfront Holdings, awarded the contract in July 2021 and the project was completed in December 2021.

The project included rock breaking, carting away and the construction of the lateral support works. The basement comprised 2 844 m² of lateral support and approximately 52 900m³ of  earthworks. A section of the basement wall was shared with the neighbouring property basement, requiring this existing wall be underpinned. 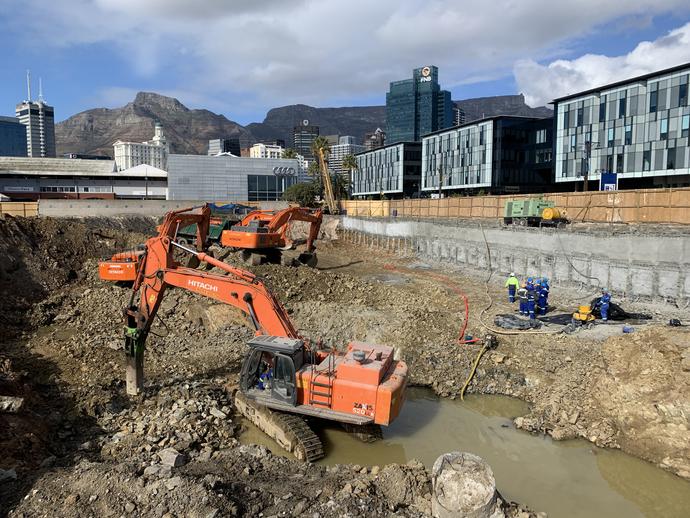 Cloete explains that the sequence of the works, with removal and relocation of services, meant that plant was required at different periods of the contract as and when the programme dictated. Unknown live services running through the site meant the sequencing of works was changed frequently to quickly suit the relocation process and maintain continuity of works.

Below the clayey silt sand, which was approximately 1,5 m below ground level, was the Malmesbury bedrock, which turned out to be slightly weathered to unweathered hard to very hard rock. A total of 52 900 m³ of material, mostly hard rock was removed from the site. Breaking the 70 MPa rock on site made it difficult to stick to earthworks production targets. Despite the numerous  challenges, the six-month project – which commenced on 29 June 2021 – was completed on time and within budget.

A big factor contributing to the success of the project was the way in which the Keller team managed the constant challenges, while keeping their focus on the main task at hand, which was to create enough area for the subcontractor, Ross Demolition, to break and remove rock.

To prevail over these challenges, Cloete says “we kept tackling the challenges as they arose and continued to push forward as a team. Due to great teamwork of the crew, led by Sandiso James, the contract was completed well within the stipulated timeframe. A big thanks to IGUAL Project Managers, RLB Pentad Quantity Surveyors and Sutherland Consulting Engineers, whose input and expertise contributed hugely to the success of this project.” 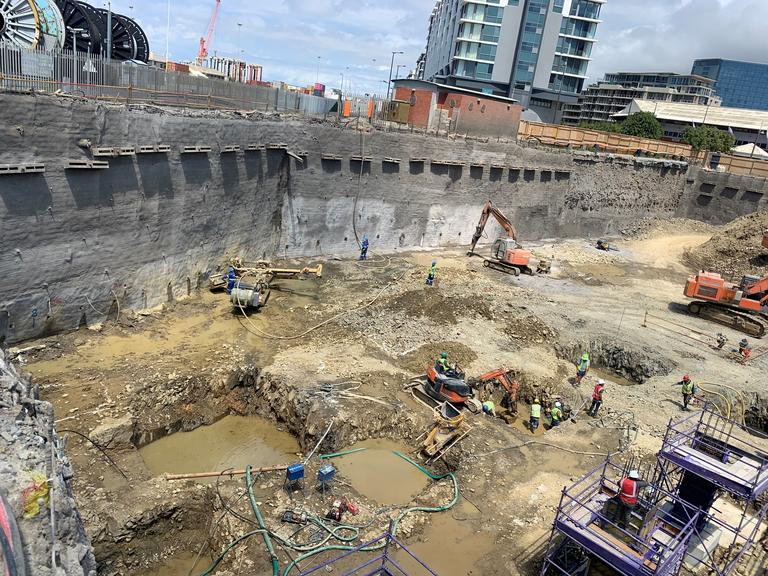 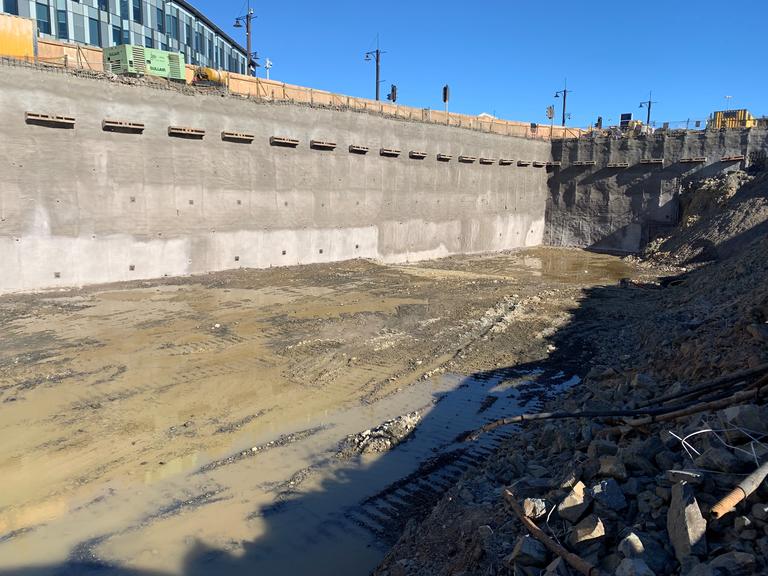